26. HOW TEMPERATURE WREAKS HAVOC ON YOUR BATTERY

You probably suspected that temperature swings are not good for your lithium-ion battery. But what is the extent of the damage, and what are the temperature limits that one should attempt to follow? This is the subject of today’s post.

If you were to review a specification sheet for a lithium-ion battery, it most often has a few (but not too many) things to say about temperature. Incidentally, it will take a great deal of effort and investigation for you to find a specification sheet that corresponds to the battery in your mobile device. These documents are usually not provided by the battery vendors to end users.

Usually, the specifications will list the test conditions. The vast majority of battery tests are usually conducted in a laboratory with a controlled environment, and a temperature typically between 22 °C and 28 °C (equivalent to 72 °F to 82 °F). The specifications will also provide some additional conditions at temperature extremes such as below 10 °C or above 45 °C. For example, it will state the dependence of the battery capacity on temperature. The following chart shows the dependence of capacity on temperature for a typical polymer lithium-ion battery based on the specification from the battery manufacturer. One can see that the battery is “happiest” near 25 °C to 35 °C (or near 75 °F to 95 °F). Note that this is the internal temperature of the battery itself, not that of the outside case of the mobile device.

The specifications will seldom provide the effect of temperature on the battery health and its cycle life. Tests have repeatedly shown that the cycle life of the battery tends to degrade with temperature. At temperatures below 15 °C, the cycle life drops very fast. That’s because the lithium ions find it increasingly difficult to make the journey from one electrode to the other at colder temperatures. At higher temperatures, this “ion mobility” is improved and tests show that cycle life is improved up to a point, somewhere near 45 – 50 °C. At such high temperatures, several materials such as the electrolyte begin to decompose causing a rapid degradation of the battery. The following chart exhibits this effect. This particular polymer battery exhibits an excellent capacity retention of its capacity when cycled at 45 °C, but as soon as its temperature is raised to 55 °C, its capacity fades at an alarming rate. 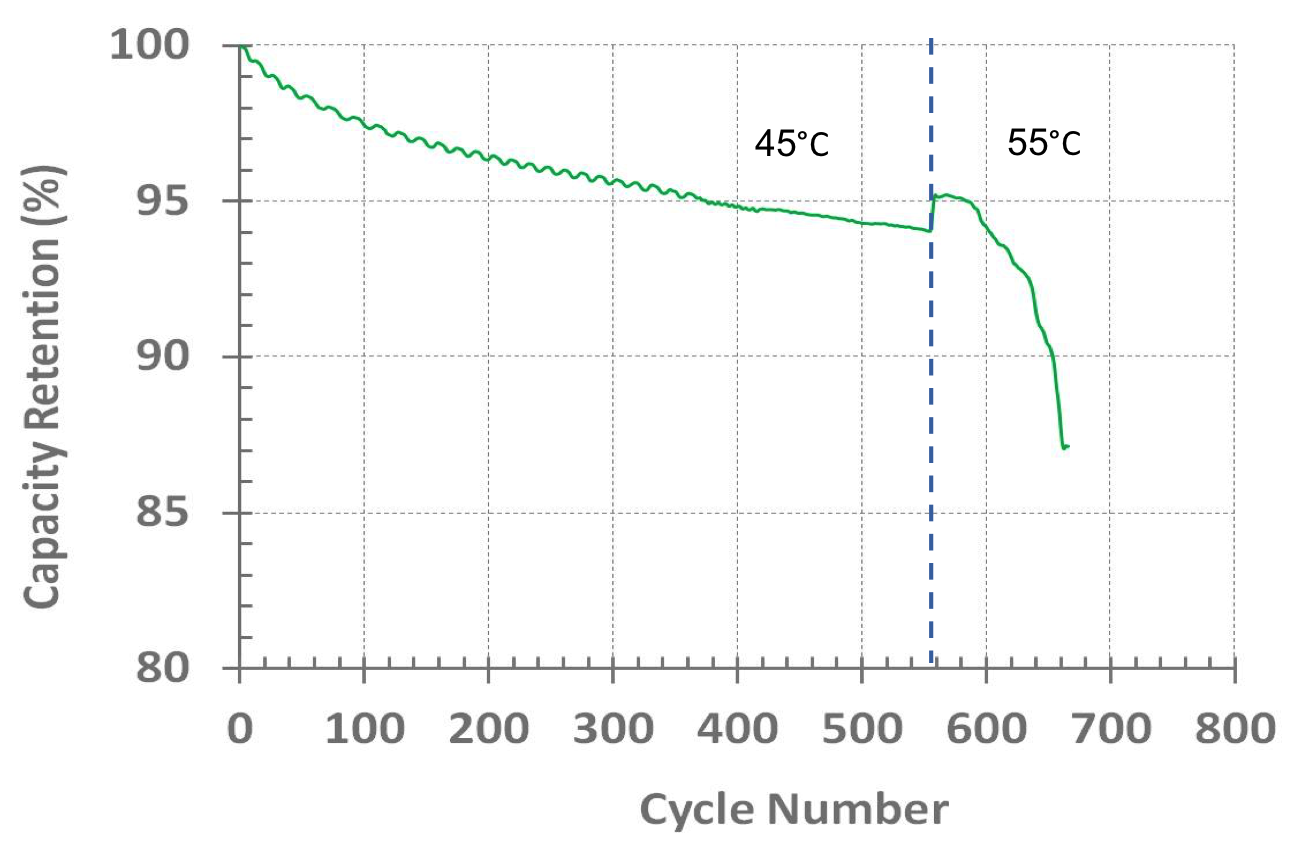 So what practices should you take away? Clearly, avoid operating in temperature extremes. For example, charging your phone on your car dashboard in the middle of the summer heat will undoubtedly cause your battery lots of health problems.